Research tells us that we laugh for less than 6 minutes a day. This is surprisingly a third of the time people laughed in the 1950s, and we are correspondingly almost 20% less happy today than people were then.

World Domination is a work of socially engaged performance art. It is afun and playful work of art that encourages laughter, whilst parodying evil, greed and the desire to control the world. It is a nonsense. It is a silly and carefree project that is happy and evil, playful and scary all at the same time.

World Domination aims to inspire happiness and laughter. It shows everyday people in ordinary spaces acting with playfulness, silliness and spontaneity, while the darker side to the work - the connotations of evil, greed, violence and dominance - act as a counterpoint. Perhaps it is the co-existence of these incongruous attributes that make the work more engaging.

In the pilot of World Domination performed during peak-hour on a tram in Melbourne, the artist directed Movements of Laughter that saw a carriage full of passengers joining in with the silliness of the laughter. Laughter is contagious, once one person starts laughing, others quickly follow.

This Pilot will be refined and further World Domination works will be performed and created. 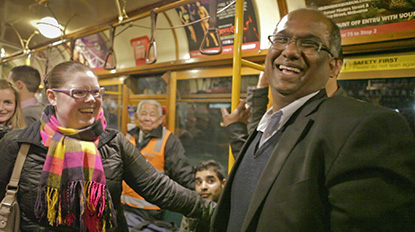 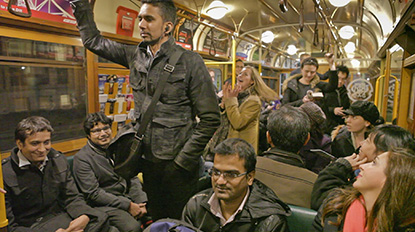 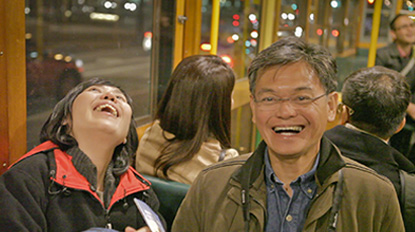