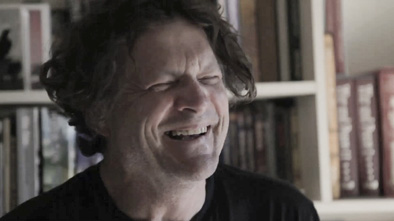 Sylvia Schwenk - World Domination, Still from video, 2014
World Domination is a fun and playful work of art that encourages laughter, whilst parodying evil, greed  and the desire to control the world. It is a nonsense. It is a silly and carefree project that is happy and evil, playful and scary all at the same time.

Call out for participation
If you would like to be a part of the performance World Domination, please email me at:
mail@sylviaschwenk.com

Here are some details for performers:
Meet:

At the tram stop outside the Melbourne Art Fair: Carlton Gardens’ Royal
Exhibition Building.
5.15pm on the 14th of August.
The performance will run from 6-9 pm.You are welcome to participate in the work the whole time or for just the first hour.

12th In the Palace Film Festival
What:
When:
Where:
International Short Film Festival
28 June until 4 July 2014
Balchik, Bulgaria 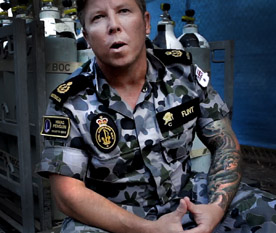 This is the European Premier of Naval Novella - a film that demystifies the Navy breaking down some of the barriers that exist between Defence personnel and civilians. The film shows the human side of the Navy uniquely allowing people to access a closed culture in an inviting way.

The work is anchored by the naval tradition of tattoos and gruelling physical training done with ‘the rope’, a symbol of union, mateship and stability. Short stories by people who talk about their tattoos are an important part of the film.


38th Alice Art Prize
What:
When:
Where:

Schwenk, Still from a Naval Novella (10 minutes loop)
The 38th Alice Art Prize is a national contemporary art award. The exhibiting artists were selected by Dr Michael Brand, Director of the Art Gallery of NSW. The winner will be announced on 9 May.

I will be exhibiting a Naval Novella a film with interviews, physical workouts and anecdotes presented as a revealing and engaging work filmed at HMAS Penguin, Australia.
.....
Josephine Ulrick & Win Schubert Photography Award
What:
When:
Where: 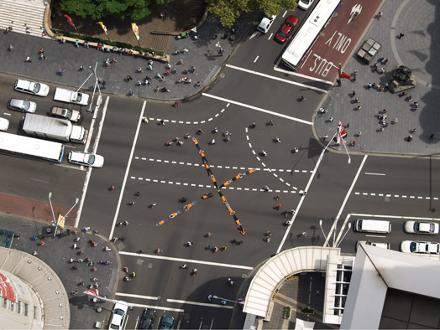 I exhibited an interactive installation with a three channel DVD work from birds and clouds from one life to another, which was created with the German artist Nikola Dicke. birds and clouds from one life to another is a work of participatory performance art that references Bertholt Brecht's poem The Lovers that centres on the lives of a flock of cranes. During the event three model plane clubs from Germany and Holland flew as a large group, echoing the flights and movements of birds. The artists also led the audience and some of the pilots in origami workshops, folding small paper cranes and creating large crane sculptures, which were later 'flown' over the green fields. The Model plane performance, the Origami workshop and the Flight of the cranes were choreographed and performed to music written for the project. 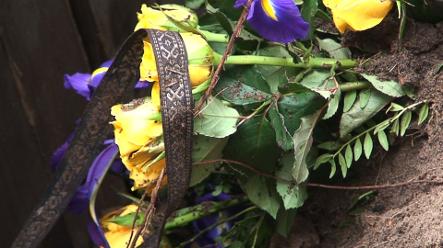