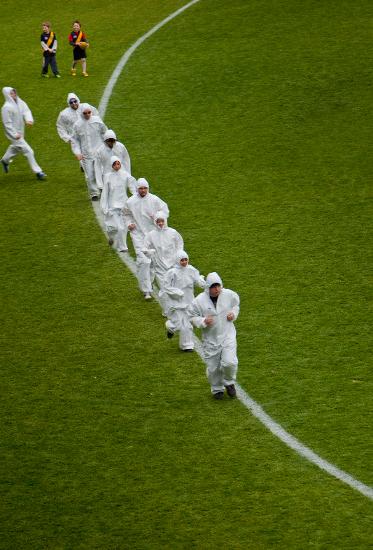 Along white lines is a project that joins art with sport and community. This work was performed during half time at the NTFA Grand Final at Aurora Football Stadium, Launceston in September 2011.

During the performance over 400 spectators, around 15% of the audience at the football event spontaneously particiapted in this work of performance art, completely covering the lines marking the centre square of the AFL football field. At the start of the performance when people dressed in white overalls jogged onto the field in a single file and started to become the white lines on the ground, the goalposts, the goal square and boundary line, the spectators were somewhat unsure of the work. Some of the audience joined in, but many more watched. There were even moments when some of the children on the field tried to kick balls at the performers. Then when the performers moved to become the 50 metre line and the boundary line, many more spectators joined in. The work culminated in the last movement, which saw a transformation – spectators embraced the work lying Along white lines completely covering the lines of the centre square.

The performance Along white lines is re-presented as 2 single channel video with sound, a series of photographs, and a book with an essay by Andrew Frost.

Click on the image to view a video of this work.

Here is a soft copy of the book. 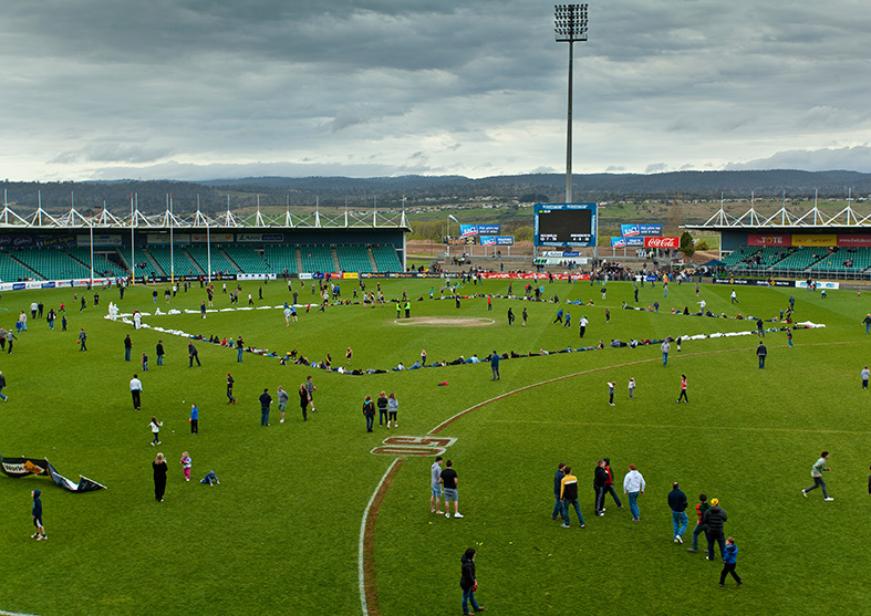 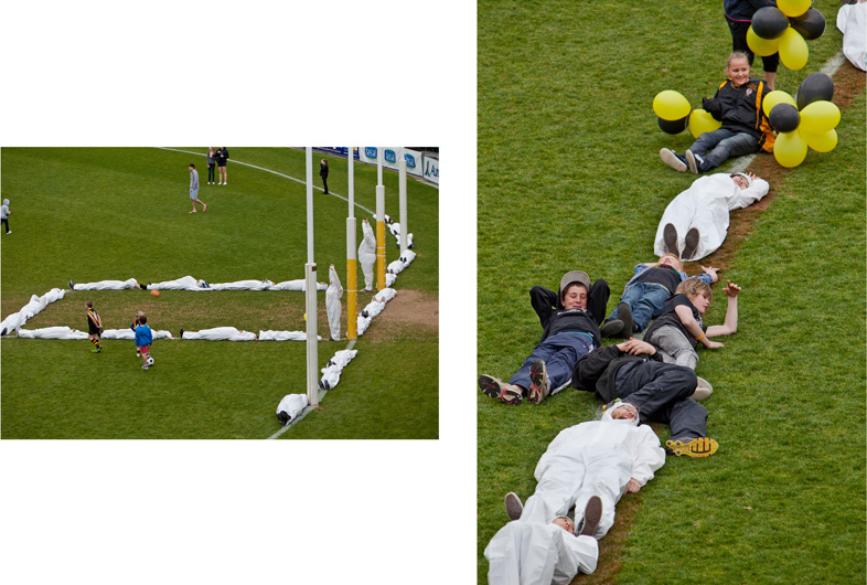